A Plethera of Books

Four more books that I have read in the last month or so: 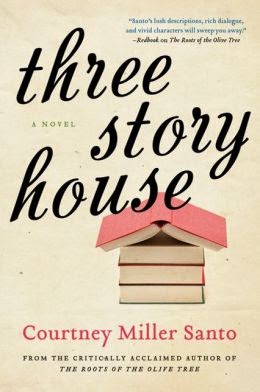 one of the cousin's grandmother's old historic home in Memphis.  The home was an oddly shaped, three story home that had seen much better days.  It's kind of how the three cousins were feeling about their own lives. As they work on the house, each revealed what was happening in their own lives. I didn't find it especially interesting!


The Lion by Nelson DeMille: another one of the five in the John Corey series of which I previously had read two of them.  I enjoy the John Corey character, so I think that's what I find so interesting in the books.  In this one, John was hunting and being hunted by an old nemesis from 10 years earlier-Asad Khalil, a Libyan terrorist known as "The Lion".  The Lion had returned to the United States to finish off killing those who had thwarted him the last time he was in the US, with John Corey being at the top of the list.  Good fun mystery.


The Life We Bury by Allen Eskens: this was kind of an interesting one.  Joe Talbert was assigned to 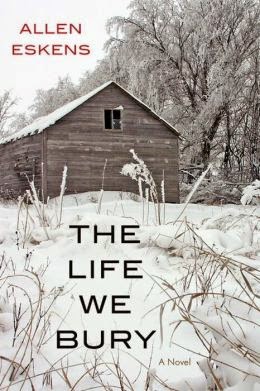 write a biography for his college English class.  He went to a nursing home and found Carl Iverson.  Carl was in the nursing home because he was dying.  He had been medically paroled from prison where he was serving a life sentence for rape and murder.  Joe soon learned from a friend of Carl's that Carl was a decorated Viet Nam veteran.  When the friend shared some of Carl's history, it seemed inconceivable that Carl would have raped and murdered a young girl.

Meanwhile, Joe was dealing with his alcoholic mother and his autistic brother who lived with the mother.  Joe also was becoming friends (and hoping for more) with his next door neighbor.  As Joe worked on his assignment, he shared Carl's story with Lila, his neighbor and they began to wonder about Carl's guilt or innocence.  Joe became more convinced that Carl was innocent and wanted to prove it before Carl died.

This Is Where I Leave You by Jonathan Tropper: I really enjoyed this book.  Lots of humor in it. When Judd Foxman's father died, the entire family returned for the funeral.  When they arrived, their mother 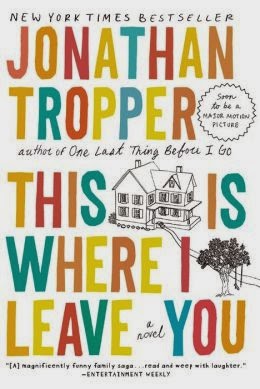 announced that their father had wanted them to sit Shiva for him, despite the fact that the family had never been practising Jewish. So now they were expected to sit for seven days in the house while people came and went offering condolences, food, etc.

On top of that, Judd had recently learned that his wife had been having an affair with his boss.

So for seven days the siblings and mother are in the house together.  Old resentments and secrets began to come out, as the family attempts to learn to live together for the week.

It's a good book....much about love and marriage and family, but really funny.

I first read Angle of Repose by Wallace Stenger about 40 years ago.  Hard to believe, but it's true!  The 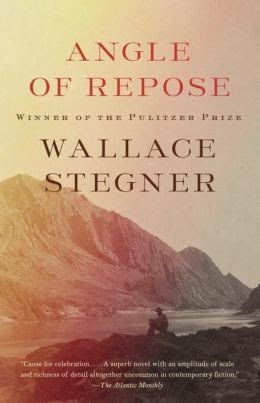 book won the Pulitzer Prize for Fiction in 1972 and I read it shortly after. I consider it a classic and re-read it about every 10 years or so.

First of all, to explain the title-it is an engineering term that describes the angle where dirt/soil settles after being piled up. More about that later.

The novel is narrated by Lyman Ward, the grandson of Oliver and Susan Burling Ward.  Lyman was a retired professor of history who was divorced and confined to a wheelchair.  He decided that he wanted to write a biography of his grandmother and he went to live in his grandparent's old home in Green Vally, California, much to the displeasure of his son, who felt that Lyman would not be able to care for himself there.  But the caretakers of the house helped Lyman daily and he was determined to stay there.  He had old letters/correspondence between his grandmother and her best friend, along with old articles from magazines and newspapers and so he began trying to put together the history of the family from when they went out West a century earlier.

As Lyman went through the old letters, he began to learn more about Susan Burling Ward, his grandmother who had raised him.  In 1868, Susan was an educated, cultured artist, a young Quaker woman living in the East when, on New Year's Eve, she met Oliver Ward, a young ambitious sounding man who wanted to head West and become an engineer.  A week later, Oliver left for the West and Susan did not see him again for five years.  The did write to each other and over time an "understanding" came to be, so that when Oliver returned to the East they agreed to marry.

And thus the lifelong journey began.  The family moved around in the West through-out the years as Oliver worked on mines and canals.  Susan helped to support the family with her art and writings.  They had three children.

This is just such a simplified summary...there is so much more in the book.  Some of the most influential characters were Augusta Drake and her husband Thomas Hudson.  Augusta was Susan's best friend and it was the letters between Susan and Augusta that Lyman was using to write Susan's biography.  And Frank, Lyman's assistant, who was in love with Susan.  It was never made clear exactly what Susan and Frank's relationship was, but clearly it was a love relationship, if not a sexual relationship.

As Lyman worked through all the letters and articles and memories of his grandparents, he began to study the story of his life and his marriage.  Near the very end of the story, Lyman had a very disturbing dream that included his ex-wife:

"'What do you mean Angle of Repose?' she asked me when I dreamed were were talking about Grandmother's life, and I said it was the angle at which a man or woman finally lies down.  I suppose it is; and yet it was not that that I hoped to find when I began to pry around in Grandmother's life.  I thought when I began, and still think, that there was another angle in all those years when she was growing old and older, and very old, and Grandfather was matching her year for year, a separate line that did not intersect with hers.  They were vertical people, they lived by pride, and it is only by the ocular illusion of perspective that they can be said to have met.  But he had not been dead two months when she lay down and died too, and that may indicate that at that absolute vanishing point they did intersect.  They had intersected for years, for more that he especially would ever admit."

This novel covers over 100 years and four generations of the family.  Fascinating book!

The only way I can describe the book Lila is that it is stunningly beautiful.  Marilynne Robinson has hit Gilead is among my very most favorite books of all times; Home, the follow-up to Gilead is among one of my most favorite books, and now Lila is also.  All three of these books take place in Gilead, Iowa.  I very strongly recommend that the reader reads them in the order written. 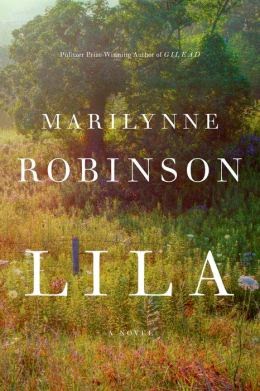 another one out of the park.  Her book

Lila goes back into the past of Lila, the young girl who married elderly minister John Ames in the book Gilead.  Lila tells the story of Lila growing up and then her meeting and courtship with Rev. Ames.  Lila had suffered a hard and difficult childhood, never knowing who her actual family was, but being raised by Doll, who had taken Lila from where she was living and raised her along with the other drifters who Doll traveled with.  When coming to Gilead, it was a completely different style of life than what Lila had known and much of the book is about the struggle Lila had making sense of life in Gilead, and of the goodness of people.

After Lila met Rev. Ames, each seemed to have a sort of attraction to each other.  Lila, of course, was very untrusting of others and held back from the help that those in Gilead generously offered.  Shortly after she had met Rev. Ames she was thinking about him:

"He had given a sermon, 'Let your light shine before men; that they may see your good works, and glorify your Father who is in heaven.' He said it meant that when you did a good thing it should seem to come from God, not from you. It should not feel to other people like your goodness, and it should not feel that way to you, either. Any good thing is less good the more any human being lays claim to it."

Near the end of the book, Lila was thinking about the future and how to tell her son about his life and his father.

"Old men are hard to keep"....that line broke my heart.

I felt like the entire book was full of beautiful words.  I hated ending it.