As promised, here are the other three books that I have recently read:

1) The Innocent Sleep by Karen Perry.  This is a debut novel and I will be anxious to read more by 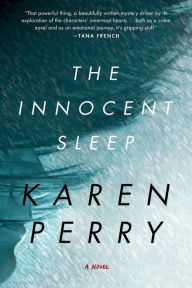 Ms. Perry!  We read this for book group and it was a good read! Well-developed characters and good story!

The story was about Harry and Robin who lived in Tangiers.  They had a son, Dillon.  One night, Robin was gone and Harry left young sleeping Dillon alone in their place while he ran an errand.  While Harry was gone, an earthquake happened and Dillon's body was never found.  Five years later, Harry and Robin had relocated to Ireland and one day, Harry thought that he saw Dillon.  This is the premise of the book...was Dillon alive?  And as they sorted through Harry's assertion that he saw Dillon, many secrets were revealed.

Good mystery story! I passed it on to another reader with my recommendation!  I hope they like it as well as both I did and my book group did!

2) At Risk by Alice Hoffman.  this was another read for book group.  I had read this book years ago, when it first came out, so it was a pleasure to re-read it. I am a big fan of Alice Hoffman's works.

At Risk tells the story of eleven year old Amanda Farrell who was diagnosed with AIDS, contracted when she was younger from a blood transfusion.  The news of her diagnosis was, of course, devastating for her parents, and the story is much about their struggle to come to some kind of sense of it all.  What was so fascinating and brilliant about this book was how Hoffman made each character's life at risk in some way.  Amanda's parents turn to other people and her eight year old brother Charlie was left to deal with his best friend and schoolmates ostrasizing him.  Hoffman also dealt with the hysterics of the community upon learning of Amanda's diagnosis. (It is interesting to remember that this book was written in 1989, before Hippa, etc).

What is so remarkable (and sad) about the book, is that it is still so relevant, even some thirty years later.

3) Boy, Snow, Bird by Helen Oyeyemi.  Interestingly, I have bypassed this book for the last couple of years.  I don't know why, nor do I know why I decided to read it now, but I am glad that I did.  I 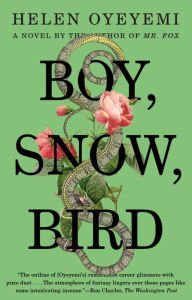 thought the book had some issues (or perhaps it was just me). I had a hard time keeping all of the characters straight.  It was enough work just keeping Boy, Snow and Bird straight!  And why didn't Boy like Snow?

The book began with Boy Novak, a young girl being raised by her single father in New York.  Her father was a rat-catcher and was quite abusive to her. Boy had finally had enough and boarded a bus, where she landed in Flax Hill, Massachusetts.  She met, then married Artura Whitman, who was a widower and had a daughter named Snow.  When Boy became pregnant and gave birth to Bird, she realized that Artura was a black man passing as white.

The back of the book states that the author  "brilliantly recasts the 'Snow White' fairy tale as a story of family secrets, race, beauty, and vanity."  Yes, I guess I can see that.  It's an interesting way to think about the story.

There is an interesting twist at the end of the book that I found confusing, not really understanding how it played into the story. This might make a good read for book group!  Perhaps someone else could figure that out!

I have read several books lately, but will put my two favorite in this post, then add the others to another post!

I loved The Underground Railroad by Colson Whitehead. I loved that the author had the 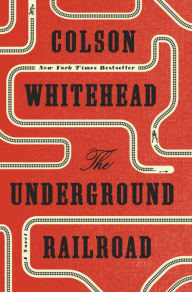 idea/concept of a real underground railroad and that he was able to put that into such a wonderful story!  That certainly takes talent!

The concept?  What if there was a real/actual Underground Railroad that slaves could ride to safety?

The book centers around Cora, a young black slave girl, who was being horrifically treated on the plantation.  The story begins:

"The first time Caesar approached Cora about running north, she said no.  This was her grandmother talking."

The book's chapters are divided into a character, then a place.  So the first chapter is "Ajarry", Cora's grandmother, who had been taken away from her home and put on a ship.  Actually she traveled on several ships, until she landed in Charleston and was purchased for two hundred and twenty-six dollars. The first chapter begins with Ajarry's story. Then:

"It was her grandmother talking that Sunday evening when Caesar approached Cora about the underground railroad, and she said no.  Three weeks later she said yes.  This time is was her mother talking."

The next chapter is "Georgia", then "Ridgeway" (a slave-catcher), then "South Carolina", and so on.

Through-out the book, Cora travels and seeks true freedom.   That is doing the book such an injustice to end this review there, but the book is so well-written and the story is so well told, that I just can't say more about it.

This is a fascinating, disturbing, uplifting book. You should read it.  Seriously.

And then I read Fates and Furies by Lauren Groff for one of my book groups.  Oh my, another book 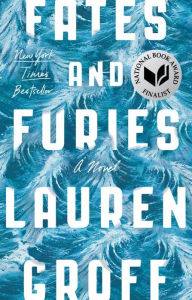 you must read! But here's the thing, before you read it, you must agree that you will finish it.  Because it's pretty guaranteed that you will hate the first half of the book.  Enough to want to not only stop reading it, but throw it away! But, dear reader, persevere and you will thank me!

This book is brilliantly written!  The first half of the book is written with Lancelot's (Lotto) view of his life and his twenty-four year marriage to Mathilde.  Lotto was an incredibly narcissistic character, who believed he was an actor, then a playwright. He was estranged from his mother and obsessed with his wife. I found him unbelievably unlikable.

Ah, but then! The second half of the book is written from Mathilde's perspective about Lotto, her life, and their marriage.  But with a twist!  Mathilde had many secrets that Lotto never suspected. So her story changed everything!

Great story about love and marriage and behind closed doors! This book made for intense, wonderful discussion at book group! I loved the book!