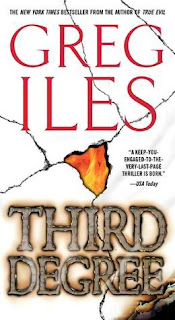 Third Degree is a book that I had not read yet, by one of my favorite authors, Greg Iles.  I have written about his books before...they are mysteries that take place in Mississippi.  I am not a big mystery reader at all, but I love his books, especially those about Penn Cage.

Anyway, this was not about the character Penn Cage, so that was a bit of a disappointment to me.  However, it was still a good mystery.  The story primarily takes place over a 24 hour period, when Laurel Shields learns that she is pregnant, probably by her lover.  Her physician husband found a love note in their home and when Laurel returns home, her husband holds her captive as he tries to learn the identity of her lover.

As I said, it was a good mystery.  However, I am really holding out for the release of Mr. Iles' two newest books, which are about Penn Cage.  Sadly, Mr. Iles was involved in a terrible accident in March of last year and has been working hard at recovery, so the release of the books has been postponed.  I know that they are highly anticipated!!!
Posted by Sue F. at 1:43 PM No comments: 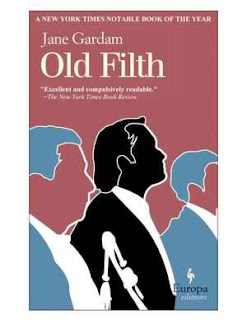 One of my book groups read Old Filth by Jane Gardam for our April selection.  It was kind of a hard book to find, but well worth the search. Edward Feathers, known as Old Filth (Failed In London, Try Hong Kong),is telling the story of his life through flashbacks.  Old Filth is a well-respected retired judge who is viewed as a nice, but boring man.  As he tells the stories of his life, one becomes aware of all that he had been through and all that shaped him.  Not a boring life at all! He reminisces about his childhood and his marriage to Betty, and their life together.  It was a fascinating, very well-written story. 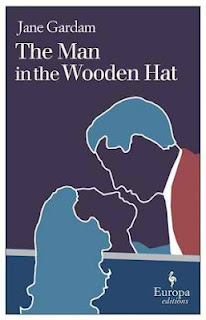 When we discussed the book in our book group, we realized that there were many unanswered questions about Old Filth's life.  Guess what!  Ms. Gardam has written a sequel, The Man in the Wooden Hat, which tells the story from Betty's perspective! Betty and Old Filth had met in Hong Kong, where they lived their married life.  It wasn't until retirement that they returned to England.  Betty's story answers those questions that had remained after reading Old Filth.

Both Betty and Old Filth are wonderfully fully-captured characters and their stories are captivating.  I loved both books!

Yes, I finally caved!  After over a year of my daughter telling me to read The Hunger Games by Suzanne Collins, and after my granddaughter, son-in-law, and daughter-in-law read them and told me the same, I finally did it!  For all of you out there who have either said or felt that it just isn't something that you care to read, I say TRY IT!  I thought that the book was amazing.  I know that the premise sounds awful (and it is), but the book is wonderful.  I couldn't put it down, and flew right into Catching Fire, then Mockingjay.  There are great moral lessons in the stories, and I am still thinking about the different events, even though it has been a week since I finished all of the books.  They are books that will stay with you and make you think.

For those who don't know, The Hunger Games takes place in the unknown future and is about Katniss Everdeen, a sixteen year old girl.  Katniss lives with her widowed mother and her younger sister somewhere in North America.  The land is divided into Districts, with the capital of all the Districts being the city of Panem.  Katniss and her family live in District 12, where the primary work is coal-mining.  Katniss, and her friend Gale,  hunt to help provide for their families.  Once a year, a "reaping" occurs in each of the twelve districts.  A reaping is where a boy and a girl are chosen for the annual Hunger Games.  When the reaping takes place in District 12, Katniss' younger sister, Prim, is chosen.  Katniss steps up to volunteer to go in Prim's place.  There is only one winner of the Hunger Games (out of the 24 children chosen), resulting in the death of the others.  The Hunger Games are watched and  presented on TV to the Districts as a sort of reality show.

From one review that I saw on the book, I learned the following:

"Suzanne Collins notes that the roots of her book date back to an early fascination with the myth of Theseus, when as punishment for past deeds, Athens had to send seven maidens and seven young men to Crete to be devoured by the Minotaur. The message, she said, was clear to her even as a child: 'Mess with us and we'll do something worse than kill you. We'll kill your children.'"


I know, I know...it sounds awful...believe me, I resisted as long as I could, but I am so glad that I read the books.  They were really that good!  My daughter knows of that which she speaks!
Posted by Sue F. at 11:20 AM No comments:

have a little faith: a true story

This is another book written by Mitch Albom that again strikes a chord in people.  In have a little faith, Mitch was asked by his boyhood rabbi to do his eulogy when the time arrived.  Mitch had not been active in his Judaism for years and  at first was not comfortable with the request.  However, he agreed to begin meeting with the rabbi in order to learn more about him and his life, so that when the time came for his eulogy, he would be more prepared to write and give it. As the author wrote:

"This is a story about believing in something and the two very different men who taught me how.  It took a long time to write.  It took me to churches and synagogues, to the suburbs and the city, to the 'us' versus 'them' that divides faith around the world.
And finally, it took me home, to a sanctuary filled with people, to a casket made of pine, to a pulpit that was empty.
In the beginning, there was a question.
It became a last request.
'Will you do my eulogy?'
And , as is often the case with faith, I thought I was being asked a favor, when in fact I was being given one."


This is a touching story about two different men of God and how their lives impacted the author's life.  One was the Rabbi and the other was a young black man who became a criminal and went to prison.  Upon his release, he eventually went back to a life of crime, until one day he was saved and became a man of God serving whoever needed help.  Two men, from very different lives, with very different congregations, but each taught Mitch, in their own way, how to find his way.

We read this book for our book group and it made for very interesting and lively discussion.  While the premise sounds somewhat religious, none of us took it that way. Rather it was a story about good men, and how others find good in their lives.  It was a very quick and easy read.  I recommend it!