Two Turn of the Century Books

I recently read two books that were written shortly after 1900.  I guess that literally they would not be considered "turn of the century" now, since we began a new century in 2000, but I don't know what to would call them otherwise! Showing my age, I think. 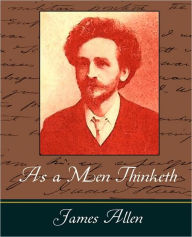 like a small pamphlet, only 31 pages long.  It is said to have been based on the Proverbs verse 23:7 (King James Version) which is:

And that is the premise of the whole little book.


I didn't find it especially helpful in my journey, but it was interesting and there were certainly good points made in the book.  And I certainly agree with the premise! 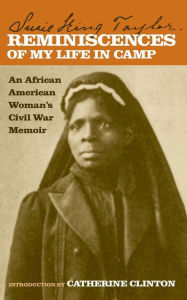 King Taylor was written in 1902 and was certainly an interesting read.  It is also a short book with 76 pages.  The author was born Susie Baker, born as a slave in 1848 in Georgia. She learned to read as a young child and in 1862 she headed for freedom.  She got behind federal lines and when the commander learned she could read, she was asked to run a school for both young children during the day, and adults in the evening. Thus began her service for the Union Army. She spent fours years caring for black Union soldiers, as well as teaching and other services for the Army.

This was a fascinating book in several ways: her own personal story growing up, her care of others, and after the war, her work to continue caring for those who had served in the War.  I was especially struck with some of her words (remember, written in 1902) near the end of the book:

"'I wonder if our white fellow men realize the true sense or meaning of brotherhood? For two hundred years we had toiled for them; the war of 1861 came and was ended, and we thought our race was forever freed from bondage, and that the two races could live in unity with each other, but when we read almost every day of what is being done to my race by some whites in the South, I sometimes ask, "Was the war in vain? Has it bought freedom, in the full sense of the word, or has it not made our condition more hopeless?'"


And yet, later in the book:

"'Can we forget those cruelties? No, though we try to forgive and say "No North, no South" and hope to see it in reality before the last comrade passes away.'"


I'm glad that she continued to live in hope, but it makes me sad to consider that here we are in 2016, over 100 years since she wrote those words and our country still continues to struggle with issues of equality.

I bought The Green Road by Anne Enright mistakenly, thinking that I had read other books by her and liked them.  I realized when I got home that I had tried reading The Gathering and didn't like it, nor finished it. but I decided to give The Green Road a try.  I read the first chapter one night and didn't care for it, but the next day I thought to try one more chapter and then I was taken! 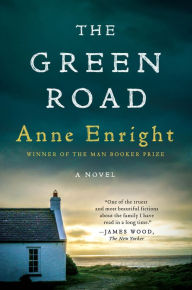 The Green Road is the story of an Irish family, the Madigans. Rosaleen and Patrick Madigan had four children, Dan, Constance, Emmet and Hannah.  The first chapter began in 1980, when the oldest, Dan, told his family that he wanted to become a priest.   Rosaleen, began moaning and crying, then took to her bed for two weeks after Dan made his pronouncement. (this confused me as I thought Irish mothers would be thrilled that their oldest son would want to become a priest).

The story then covers the next thirty years as the four children become adults and go off to live their lives. Dan ended up living in the United States, Emmet lived in various third world countries, and Hannah lived in Dublin, leaving Constance still living near her parents.  This left Rosaleen, long ago widowed, living alone, thinking of her times with her beloved husband, Patrick, and wondering how her children felt about her. She decided to sell the family home and so her children all came home for one last Christmas together.

The writing is absolutely exquisite:

"The bed was above her, ready to fall through the plaster, the place where her father died, and her mother died, the place that later became her bed with Pat Madigan, when they moved into that room, and a kind of curse in it for the next while: no child conceived there except a few miscarried things, until Emmet was finally started and then Hanna.  The bed where Pat Madigan himself finally died, his body wasted by the cancer until all that was left of him was the scaffolding.  but, my goodness, he made a great ruin, for having been so well built, those big hinging bones, the joints getting larger and the cheekbones more proud, as the meat melted back and spirit of the man broke through."


The characters in this book were developed as well as any I have ever read.  Great book.  I guess that I need to give The Gathering another try!