Sue Miller is an author that I have read before and have liked her books.  The arsonist was not one of 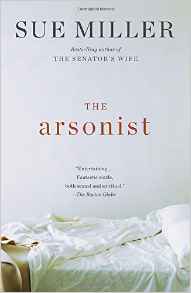 my favorites.  It was an interesting story, but wasn't great.  Both of my book groups read it.

The story centers around Frankie Rowley, who came home to New Hampshire after spending years working in Africa.  She wasn't sure that she was making a difference in Africa anymore and came home to be with her parents. Her parents were staying at their summer home and her father appeared to be slipping into dementia. Her mother didn't seem to have much sympathy for or caring about him. Once Frankie arrived, a series of fires began in the summer vacation area.  Frankie soon met the local newsman and began an affair with him, that she appeared to struggle with in terms of committing to him.  He was caught up in the arson stories, as was everyone in the town.   The ending of the book seemed weak.

The book examined relationships, commitment, and fulfilling one's purpose.  I didn't think that it really hit the mark.


Talk about a disturbing story...and fascinating.  We watched the movie "Child of God" and I was immediately reluctant to continue watching it, but stuck with it and I ended up ordering the book as soon as the movie ended.  I wanted to know the back story of Lester Ballard.  The book Child of God was written by Cormac McCarthy, who is an author that I always enjoy reading.

The story is about Lester Ballard, a solitary, mad man living in the mountains of Tennessee.  He lost the family home, and lived in a deserted cabin until it burned to the ground, along with his first victim (that we know of), who had been dead for some time.  He then moved to underground caves and wandered the mountains.  He had won some stuffed animals at a carnival and they were like his family.  His dead female victims were his relationships.  Yes, it's a story of necrophilia and madness.

Yet, the characterization of Lester made me want to know more about him.  As the author stated, he was a Child of God.  But how did he end up where he did?

As I said, it is a very disturbing, fascinating story.  My questions about Lester remain.  The book is only 197 pages.  In one sense, it is a simple and sparse tale.  In another, it is deep and full.  I ended up liking the book, but that could be concerning!  I especially liked the end of the book.  It did not end like the movie did, and I thought that the book's ending was quite powerful.

Keeper of Coin by Mary Kay Tuberly is a charming book that my daughter-in-law's aunt wrote based on the letters that the family have kept that were sent to the United States from Ireland beginning in 1859.  It is the first of, I believe, three books based on the letters. 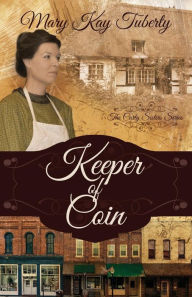 The main character is Anne Carty, who was the first of her family to come to the US from Ireland.  The plan was that she would go live with her uncle in Oregon. Anne promised her father that she would save and send money for the rest of the family to come to America.  Anne made it to St. Louis, and then didn't have the money to go on to Oregon, so she settled in St. Louis to work until she could go on.  She lived with the Dempsey family (from back home) and worked in their bakery.

After awhile, James Duff arrived in St. Louis from back home in Ireland and he and Anne began courting.  She did not hear from her uncle in Oregon after the first year and eventually decided to remain in St. Louis.  Meanwhile, Ann was saving her money and sending some to her parents when their letters would talk of their financial difficulties and ask for help.  More than once, when Anne had saved enough to send money for passage for one of her siblings to join her in St. Louis, she sent it to her father and he ended up spending it on the family.

The Civil War arrived to Missouri and James left to serve. Anne had hard times wondering if he would return or if she would ever be able to get her family to the United States.

The actual family letters are included within the story and are fascinating to read.  I would guess that the story is quite accurate in how the Irish in St. Louis interacted with each other as they arrived.  We spend a lot of time in St. Louis, so I found reading about that was really interesting. I look forward to reading more!


Have you read The Unlikely Pilgrimage of Harold Fry by Rachel Joyce?  If not, stop reading this 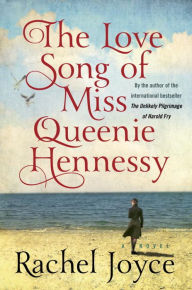 blog and read it.  Then come back here to see what to read next!

Queenie was in hospice care dying of cancer in both her throat and jaw.  After she wrote a note to Harold Fry, he responded by telling her to hang in there, that he was walking across England to see her.  They had not seen each other in over twenty years, when they had worked together.  Queenie was pretty much unable to talk, so she began a long letter to Harold, telling him what their relationship had meant to her, and also, telling him about her relationship with his son.  Harold had not known that Queenie knew his son, who had committed suicide years before.  The book is also about how the patients in the hospice began to look forward to Harold's arrival and how his journey affected them.

This is a beautiful book.  I read it from the library, but I will have to purchase my own copy to have.  There are some great words of love and wisdom in the book.  The ending is perfection.


A good friend recommended My Brilliant Friend by Elena Ferrante, and so one of my book groups chose it for our October read.  It is the first of four novels (The
Neapolitan Novels). The book was written in Italian and is a
translation. This story is about two young girls growing up in the 1950's.  Elena and Lila were schoolmates, who became fast friends.  Lila was a more outgoing, bolder girl and Elena followed behind.  They were from a poor Italian neighborhood, and so everyone knew everyone else.  As the girls got a little older, Elena's parents were able to send her on to school, while Lila was not able to go and remained in the neighborhood working with her father and brother in their shoe shop.

The book began with Elena (as an adult) learning from Lila's son, that Lila had disappeared.Elena did not seem especially concerned or surprised about her disappearance, but decided to write the story of Lila's life so that others would know her.  Her story goes through the girl's growing up years.  Elena continued her education and Lila married young.

Which one is the "brilliant friend"?  It appears that Elena considered Lila to be the brilliant friend.  Both girls were very bright, but Lila was probably smarter than Elena.  she often helped and/or tutored Elena after Elena went on to higher education.  Lila would get books to study what Elena was studying and then help her!

It was an interesting book, but I often found myself somewhat bogged down in the everyday stuff that the author would talk about.  It is not a book of action at all, but of relationships.  Which is usually my cup of tea, but I didn't get real into it.  I wonder if perhaps the translation changed the book somewhat?   I am curious enough that I may continue with the series at some point, but I am not rushing out to do it!

Another book that I recently read was More Than You Know by Beth Gutcheon.  It ended up that I 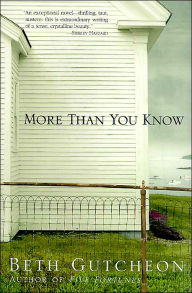 had read this several years ago, but I didn't realize it right away, so I continued on.

This is one of those stories that I love...it is about two different relationships occurring about seventy years apart. Hannah Gray narrated the story as an elderly widow recalling her story of her summer love in the 1930's when she went to Dundee, Maine for the summer with her brother and step-mother, who Hannah did not get along with. Hannah's father's family had come from Dundee and they still had a summer place there.  It was there that Hannah fell in love with Conary Crocker.  Conary had always lived in  Dundee. As Conary and Hannah became close, they learned what had happened with their ancestors from Dundee. In 1858, young Claris Osgood married Daniel Haskell and moved to Beal Island where his family had been living.  Claris was cut off from her family and soon learned how controlling her new husband was.  Over time, Claris and Daniel had two children and it appeared that the young woman who came to the Island to teach and lived with Claris and Daniel became pregnant (unwillingly) by Daniel.  by this time Claris and Daniel's daughter, Sallie, was old enough to have fallen in love and Daniel was attempting to control her.  And then, Daniel was found murdered.

In the meantime, while learning about all this, Hannah and her younger brother were becoming aware of some disturbing things happening in their summer home.  It appeared to be haunted by a sobbing woman.  Hannah and Conary try to figure out who the woman is, and in the end, all ends tragically.

I thought this was a fun book to read.  It wasn't scary or frightening, just interesting.  I have read other books by the author and I like her writing.