Go Set A Watchman is the much-anticipated novel recently found by Harper Lee, the author of To 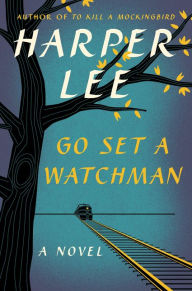 I finished Go Set A Watchman yesterday afternoon and I haven’t stopped thinking about it.  It left me with many thoughts.  I first read To Kill A Mockingbird in 1962 when I was twelve years old.  It had a profound effect on me and I have probably read it ten times since, along with watching the movie several times over the years.  Reflecting back now, I would say that Atticus has been my standard for a good man.

I will admit to having a little bit of difficulty with Ms. Lee’ writing in Go Set A Watchman. There were often times that the writing was reminiscent of To Kill A Mockingbird, but there were a few lines that I read over a couple of times because I had no idea what Ms. Lee was talking about.  And then there was the “theme” of Atticus being a racist.  That was very difficult for me.  As I read the book, I wasn’t sure that I even liked it.  Until the end.

I don’t remember if the book states what the time period of it is, but Go Set A Watchman was written in the mid-1950’s, so I am assuming that is the time period.  The first half of the book is about life in Maycomb and Scout’s history there.

In the story Scout was a twenty-six year old woman who lived in New York City.  She had returned to Maycomb, Alabama for a two week visit with her father, family and friends.  Scout was met at the train station, not by Atticus as expected, but by Henry Clinton, her lifelong friend and perhaps future husband.  This was indicative of how Atticus’ health was-he wasn’t well enough to meet her at the station because his arthritis was acting up.

Scout spent her first couple of days spending time with Henry and visiting her uncle Jack Finch.
But her first Sunday afternoon in Maycomb changed everything for Scout.  And her life was turned inside out as she struggled to make sense of it.

“Integrity, humor, and patience were the three words for Atticus Finch.”


Suddenly, Scout no longer believed those words.  What she had always believed was:

“She did not stand alone, but what stood behind her, the most potent moral force in her life, was the love of her father.”


It seemed that it all came crashing down as she came to a realization:  Atticus was a racist.

The end of the book had me in tears.

I recalled an especially heated discussion with my beloved grandfather in 1969 when I was nineteen years old and knew everything.  We were discussing the Vietnam War, which I was bitterly against.  My grandfather’s view was that “one fought and died for our flag” irregardless of views.  What I heard was never mind any of the reasons for the war, the politics of the war…just fight for the flag.  I left in tears, because my grandfather seemed to not be who I always thought he was.  We never spoke of that afternoon, but because of our love for each other, we carried on and we still adored each other.  It took many years, though, before I understood his view.

“You never really understand a person until you consider things from his point of view...  until you climb into his skin and walk around in it.” (from To Kill A Mockingbird)


My grandfather was born in 1907.  He lived through two World Wars and the Korean War, and though he did not serve in the military because of his age, his life was certainly profoundly affected by the wars, and the patriotism that was part of the culture.  I had no experience of that and did not understand it.

In this same way, I look at Atticus.  He was born in the mid-1880’s in the Deep South.  When and where he was born and raised was deeply affected by the end of slavery, the destruction of the South and its economic demise.

This is in no way a defense for racism.  Atticus was human and he had flaws. He lived the best life that he knew. As Scout’s Uncle Jack told her:

“Every man’s island, Jean Louise, every man’s watchman, is his conscience.  There is no such thing as a collective conscious.”


Which brings me to this: a month or so ago, there was a contest sponsored by Waterstones in England to illustrate the above line from the book.  My son-in-law, Kelly Brasel, entered and was one of ten artists who won.  His illustration was shown at a reception at Waterstones in London last week.  And though, he had not read the book (it wasn’t released yet), I think he captured it perfectly. 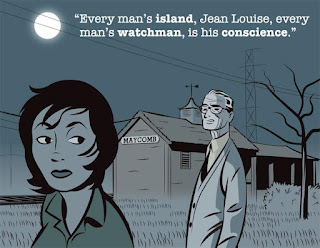 There is Maycomb in the background with Atticus standing between Scout and Maycomb. Atticus couldn't be her watchman, but he could be the buffer.  Love it!

I highly recommend the book to lovers of To Kill A Mockingbird.  I haven't quite figured out how the book would stand on its own...I would love to hear from others what their thoughts are both about this issue and about the book in general.  My personal thoughts: Well done, Ms. Harper Lee! 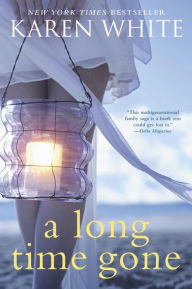 A long time gone by Karen White is one of those stories that I love...set in the South about generations of women. In this story it is about four generations of the Walker women who were born and raised in the same old house and bed in the Mississippi Delta.  And the women all have histories of leaving their home there and their children.  But something brings them all back.

Vivien had been gone for nine years when she returned to the old yellow house where her grandmother Bootsie lived.  When it felt like all was falling apart-her marriage had ended and she wasn't allowed to have contact with her step-daughter-Vivien knew that she need to go back to see her grandmother.  Sadly, when she arrived she found that Bootsie had died and that Vivien's estranged mother, Carol Lynne, was living there, along with Vivien's brother, Tommy, who had remained there through the years. Tommy was caring for their mother who was suffering from early Alzheimer's disease.

After Vivien arrived, there was a storm and lightening hit an old tree in the yard.  And where the tree had been, a very old female skeleton was found.  Vivien began to seek out the stories of her female ancestors through old diaries, newspapers and an old neighbor. She slowly discovers lots of family secrets, including murder, love and betrayals.  And, eventually, learns about herself.

[A note of caution: I do have to add that each chapter is told by one of three of the Walker women.  However, the story is about four Walker women.  That confused me for a long while into the story.  I thought one of the narrators was Bootsie, but it wasn't.]
Posted by Sue F. at 10:02 AM No comments:

The Secret Wisdom of the Earth 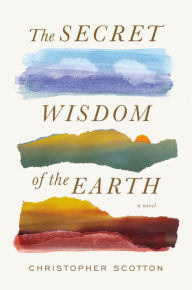 groups.  It is the author's debut novel and he hit a home run!  The novel reminded me of Ordinary Grace in that it is a book about a young boy's coming-of-age story.

Fourteen year old Kevin and his very grief-stricken mother were sent to Medgar, Kentucky to stay with Kevin's grandfather for one summer following the accidental (and bizarre) death of his three year old brother.  His grandfather, "Pops" was a veterinarian who lived in Appalachia in the old coal town. There Kevin met Buzzy Fink, a boy his age who taught Kevin the ins and outs of the town and the woods around them.  And his grandfather hired Kevin to be his assistant that summer, so he took Kevin out on calls with him. And during their time, "Pops" introduced Kevin to books and, as it turned out, the wisdom of the earth.

Over the summer, Kevin became aware of many new things: the land around the area being destroyed by big mining companies, the cruelty of poverty, and the hate crime that was witnessed by Buzzy against a gay man in town.  When his grandfather takes Kevin and Buzzy on his annual trek/camping trip, they find themselves the target of an assassin. That journey is the turning point of Kevin's life.

I loved the author's writing style.  Very easy to follow and relate. Near the end of the book, when Kevin was visiting Buzzy, Buzzy asked Kevin how his mom was.  Keven replied:

"She seems a little better, but Pops says she may never be like she was.  Says losing a kid is like a piece of your soul dying........I guess when terrible crap happens, how much of your soul that's left behind is how much you can heal."

Halfway through the summer-some summertime reading

A few of the books that I have read this summer.  One I love, one was an interesting read, and the other I found lacking.  Two are fiction, the other is non-fiction.

The Zookeepers Wife by Diane Ackerman is the true story from World War II Poland.  I am usually 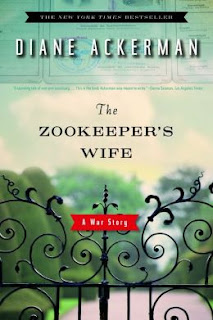 quite interested in stories from this time period, and really the actual story is fascinating. I didn't care for the author's seemingly rambling on, however.

This is the true story of Jan Zabinski, who was the director for the Warsaw Zoo, and his wife, Antonia. The bombing of the zoo in 1939 shattered the Zabinski's world.  Many of the animals were killed and/or wounded.  And as it became clear that the Nazi's intended to exterminate the Jews in Warsaw, Jan and Anotonia began to work with the Polish resistance to help as many Jews as they could.  Some three hundred Jews were smuggled to the zoo where they were hidden in either cages or the villa.

That is an amazing and fairly unknown story. But it seemed that the author would go on about other things that were happening, that while were important in history, didn't seem to relate well to the story.

I re-read Ordinary Grace by William Kent Krueger for this book group.   I wrote a blog on this site about this book on June 24, 2013 and at that time, stated that it was one of my favorite books.  That still holds true! All I can add is, if you haven't read it, do it! Great book!  Check out the blog for my summary of it.

I read another book by William Kent Krueger-Windigo Island. I didn't realize that Krueger had a Windigo Island is the 14th of the series. 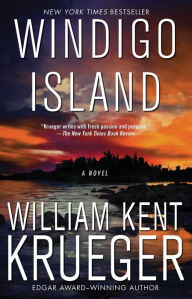 The story takes place in Wisconsin where the body of a fourteen year old girl washed up on the shore on Windigo Island.  The body was of Carrie Verga who had disappeared a year before along with her friend Mariah Arceneaux.  Mariah was still missing and her mother begged the wise old Indian, Henry Meloux, to find her. Henry enlisted the help of Cork, who with his daughter Jenny, began investigating the disappearance of the two girls.

This was an interesting, entertaining story.  It highlighted the difficulties for many young Native Americans in these times who are trying to survive and escape poverty. This story was primarily about runaway children on the reservation and the abuse and deprivation that many of these children experience as they try to make their way.