Three more novels read this summer and I would recommend all three.  I do have to say, however, none were outstanding reads, but all good easy reads, which, of course, make them great summer reads! 1) The Chaperone by Laura Moriarty.  This was recommended to me by a friend, and I would say that of the three books listed here, it stayed with me the longest!  It is really a quite fascinating story and is partly based on real-life Louise Brooks, an actress and dancer, along with silent screen star who was born in 1906 in Kansas.

The Chaperone is about the fictional Cora Carlisle. Cora lived in Wichita and was dealing with a deceptive marriage and an empty nest as her twin sons set off for college.  Cora was casual friends with Louise's mother and when it was decided to send 15 year old Louise off to New York to audition for a dance studio, Cora offered to be Louise's chaperone.  Besides her loneliness and restlessness, Cora had another motive for wanting to go to New York.  Unbeknownst to her community, Cora had been born in New York and lived in a Catholic orphanage until she was seven and was put on the Orphan Train to Kansas, where she was raised by a couple who loved her, but never formally adopted her. And Cora wanted to learn more about where she came from.  The book is basically about finding love.  It also has some interesting history issues addressed. 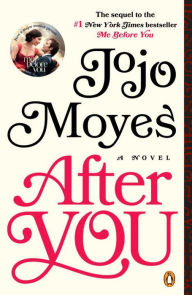 2) After You by Jojo Moyes.  After You is the sequel to Me Before You.  It wasn't at all what I had expected, but it was a very good read.  That being said, I highly recommend that Me Before You be read first.  In After You, Louisa Clark was struggling to deal with the loss of Will Traynor, a man she had taken care of for six months.  Following the loss of Will, Louise had a bad accident, and had a long recovery. She was involved somewhat in a grief group and one night one of the members was picked up by Sam, one of the paramedics who had saved Louise after her accident.  Louise struggled with her attraction to Sam, while meanwhile someone from Will's past showed up and completely turned Louise's life upside down.  It was a good book and addressed the issues of dealing with loss and moving on as best one can.


3) Bodies of Water by T. Greenwood.  One of my favorite types of novels...an older woman reminiscing about her past, through flashing back in the past while dealing with the present. This story was about Billie, an eighty year old woman 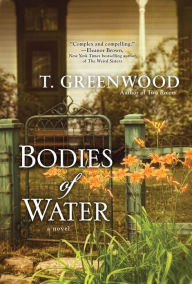 living in San Diego.  Billie had been from out east, where she had married an abusive man, had two adopted daughters and in 1960 was living a quiet, unhappy life.  One day a new family moved in next door and Billie's life changed.  She became friends with Eva, the new neighbor, and their friendship grew until it became love. The rest of Billie and Eva's story was tragic and Billie went on to divorce her husband and move to California to begin a new life.  Fifty years later, Billie's sister called her to ask her to return home.  Eva's grown son had contacted Billie's sister and wanted to meet with Billie. Billie really didn't have any interest in going, but her sister convinced her to go and that visit led to much healing and answers that Billie had wondered about for the last fifty years.  A good story, worth reading!