I have read some good books lately, which is always a pleasure!  Two of them I got in the "bargain" area", so they were really a pleasure.

I loved The Roots of the Olive Tree by Courtney Miller Santo.  It is a novel about five generations of 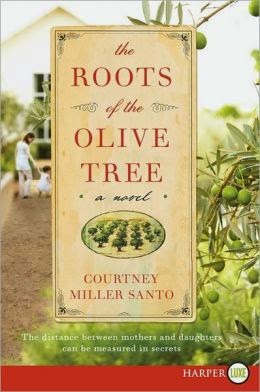 first born women, the Keller family, who lived together in the family home in California where the family has had an olive grove through the generations and even further back.  The trees had originally come from Spain to Mexico, then to California.  The oldest of the family was Anna who was 112 years old.  Her daughter Bets, granddaughter Callie, great-granddaughter Deb and great-great granddaughter Erin all live together with Anna.  The family has always grown olive trees and attribute their longevity to their olive oil.  A geneticist became interested in studying the family after learning of their long lives.  However, the geneticist studying the family became worrisome to some of the family members who had long hidden secrets that could be revealed.  A very interesting read.

Once We Were Brothers by Ronald Balson was another very interesting book, and an always timely story.

During World War II when the Germans were beginning to occupy Poland, young Otto was left to live with the Solomon family. Otto was a friend of Ben Solomons.  Otto's parents weren't interested in raising a child, but were interested in working for the 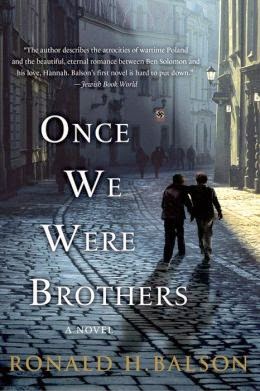 Nazi party.  The Solomon family was a well-to-do Jewish family who welcomed Otto into the family.  Over the years Otto's parents would periodically show up to see Otto, but he was not interested in their lives or being with them.  However, as time went on and the Nazi's began all the atrocities against the Jews in Poland, Otto's father convinced him to join the Nazi's, and in that way, he might be able to help out his adopted family.  Sadly, over time, Otto became one of the vicious Nazi's and Ben's family were sent to the camps.  Ben left before the family was taken, and made his way to the United States.

Years later in Chicago, the elderly Ben recognized philanthropist Elliot Rosenzweig...as his old friend, then enemy, Otto.  Ben convinced attorney Catherine Lockhart that Elliot was not a Jewish survivor from Auschwitz as he had presented himself over the years, but was Otto Piatek, a vicious Nazi.

The book does a good job letting Ben tell his story, although Catherine was sometimes frustrated with how long it took!  It's a good story and the way that Ben's story is investigated was interesting to me.  Will justice prevail?

From the library I read The Forgotten Girls by Sara Bladel.  It was a good mystery story.  Detective Louise Rick was assigned to investigate a case back in her hometown involving a woman found dead, who Louise later learned had a death certificate showing she had died thirty years earlier.  The 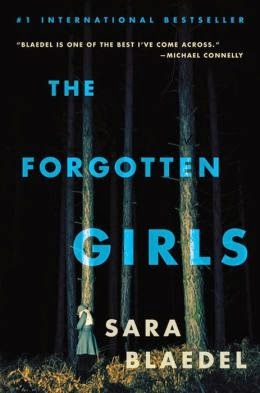 woman had distinctive scarring on her face, so when a picture was published of her, she was recognized by a former assistant from the local facility for the mentally disabled as Lise.  It turned out that the woman had a twin sister, Mette, who had also been in the facility with the murdered woman.  Both of the twins had been declared dead on the same day in 1980, when they were seventeen years old. So on top of having the mystery of a murdered woman, there were also the questions of why she had been declared dead years earlier, and where was her twin sister?  To add to the mystery, when Lise was found murdered it was while Louise was investigating the rape and murder of a child care provider.  And this case was opening up old memories for Louise that she thought she had left behind when she left her hometown.

I just read that this book was the first in a trilogy...I will definitely be watching for the other books!

And lastly, my book group read What She Left Behind by Ellen Marie Wiseman.  This was a book recommended by my daughter...good job, Maggie!  The book group loved it!

This book is told in two different time periods, but it never seemed confusing at all.  Young Izzy had been living with foster parents since her grandmother had died.  Izzy's mother had killed her father ten years before and her grandmother had been raising her.  In the story Izzy was seventeen and had never gone to visit her mother in prison.  Her new foster parents were working on cataloging items found in a long-ago shut down state asylum and asked Izzy to help.  While working there, Izzy found a suitcase with a stack of old unopened letters along with an old journal in it.

Through the journal and letters was told the story of Clara Cartwright.  Eighteen year old Clara had fallen in love with the "wrong" man, and her parents had committed her after she had an outburst during an argument about an arranged marriage for her. The home she was sent to was a rather elite home where patients were well taken care of.   However, after the stock market crash, her father lost all his money and had Clara committed to the public asylum. Clara was not able to convince the staff that she was not insane and was unable to find any way out.

As Izzy reads about Clara, she begins to question her own life, wondering about her mother's motives for killing her father.  Perhaps her mother wasn't insane either.

The book is a fascinating study in the history of mental health asylums.  And certainly brings together issues of love and betrayal and abandonment.  It doesn't end as one would suspect.