This novel, The Blackwater Lightship by Colm Toibin, was written in 1999 and was short-listed for the 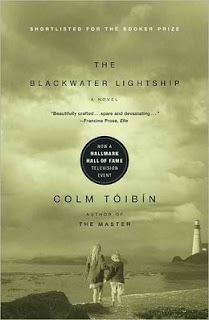 Booker Prize.  It was recommended to our book group, and although it wasn't chosen to be read, it sounded interesting to me, so I read it.

The story begins with the ordinary life of Helen O'Doherty, a married woman with two children, whose husband and two sons were heading off early to visit the husband's family.  Helen was to join them later, but soon after her family left, a stranger (Paul) came to her door saying that he was a friend of her brother Declan, and that Declan was in the hospital and wanted to see her. Paul drove Helen to the hospital and while driving there told her that Declan was dying of AIDS.  It is left to Helen to tell their mother and their grandmother the news. None of them had known that Declan was gay, let alone dying of AIDS.  Declan  requested that they go to stay at his grandmother's place, so the three of them plus two of Declan's friends descended upon "Granny".

There is a long history of distrust between the generations.  Helen's mother had not been invited to Helen's wedding and had never met Helen's two sons.  As it ended up Helen, her mother and her grandmother seemed to all be unable to open up to each other in any meaningful way.  And as it turns out, each of the three was profoundly affected by the loss of Helen's father years before.  As Helen and her mother were talking, her mother said to her:

"You know, I thought your father would live forever.  So I learned things very bitterly."..."If I could meet him here for one minute now, your father, you know, even if he were to be allowed to pass us on the strand here, here now, when it's nearly night.  And not speak, just take us in with his eyes.  If he was only to know, or see, or acknowledge with a flicker of his eyes what is happening to us."

There are really two stories within this book: how Declan comes to terms with dying and how the three women are rather forced, because of the circumstances, to be together, which in turn allows old hurts to unravel and begin to heal. It's a good book.

Glow by Jessica Maria Tuccelli is a first novel by the author.  I felt like her writing shows great promise, but 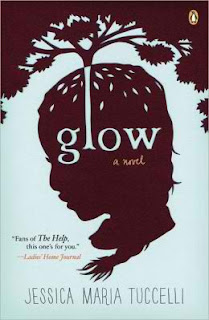 the story ended up being very confusing.  There is a genealogical family chart at the beginning of the book, and I found myself checking it two or three times while reading each chapter trying to keep the characters and their connections straight in my head.  And this is from a fairly seasoned genealogist who is having this trouble. The story travels through seven generations of two Southern families, who inter-married, along with the slave/master relationships.  Very confusing.

The story began in 1941 with Ella McGee, an eleven year old girl, being sent on a bus from Washington DC to her Southern hometown in Georgia.  When Ella arrived at her destination, she was not met at the bus depot and began walking, ending up being missing as far as her family knew.  Turns out that Ella ended up in the home of two elderly women, who have stories and magic/mysticism.

The book covers from 1836 up to 1941.  It is too bad that the book ended up so difficult to read, because I do think that the author had some great stories to tell.  It was just too much for one book.
Posted by Sue F. at 11:38 AM No comments:

This Is How You Lose Her and My Life with the Saints (another 2 books!) 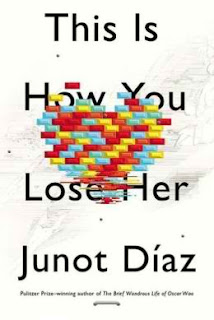 This Is How You Lose Her by Junot Diaz was the March book for one of my book groups.  The author had won the Pulitzer Prize for his first novel, The Brief Wondrous Life of Oscar Wao (which I have not read). His latest book, This Is How You Lose Her, is a set of nine short stories, all tied together by certain characters, primarily Yunior. Yunior seeks love, and consistently loses the love he seeks.


I have to admit, I did not care for the book, although it did lead to lively discussion for the book group.  I didn't care for the life-style or language in the book.  However, I did like the line that seemed to sum up the stories:

"The half-life of love is forever."

While on vacation, I finished reading My Life with the Saints by James Martin, SJ.  The book was 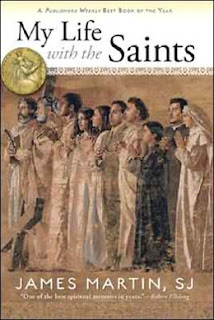 recommended by my friend, Gretchen, and a worthy read it was!

James Martin is a Jesuit priest, and prolific author.  In this book, he writes a sort of memoir based on how he learned of  and developed love for seventeen different saints.  The stories of the saints are woven into his own life, sharing how each saint affected his life.  The book is very readable and entertaining and educational.  I really enjoyed it.  I hope that he continues to write about more saints. Reading the book has inspired me to learn more about some of the saints mentioned.  I was especially taken with his writing about Joseph. I found Martin's writing to be quite insightful.  A very good read, whether you are Catholic or not.

I am again behind in my blogging about books so I am attempting to catch up.  Bear with me.  I have read some good books!

I bought The Sister by Poppy Adams at the Edwardsville Public Library sale for fifty cents (hardback).  You can't hardly go wrong with that kind of deal!.

As the title implies, it is about a sister...Ginny's sister, Vivien.  Both of the sisters are spinsters.  Ginny had 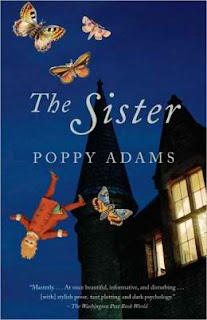 remained at the family home with her parents all of her life.  Vivien had left the family home fifty years ago, and had never returned.  Ginny carried on her father's life work, that of studying moths (ok, kind of weird, I know).  Vivien went off and lived in the world.  Suddenly, Vivien sent word that she was coming home...to stay.


The story is really about the past, and how the two sisters differ in their memories of the past.  Ginny had remained in the home and had always kept to herself, being reclusive.  Vivien's arrival shook up Ginny's peaceful existence, especially as Vivien began recalling issues from their past.   The story is told through Ginny's voice:

"The weekend that Vivien came home seems unreal now.  I'd still like to know why she came, and the other thing I'll never understand is why, throughout our lives, I'm the only one of my family who managed to pull through unscathed.  It's unnerving.  I've had to watch the lot of them first despair and then die.  I tried my hardest to help them, to hold them together, but the harder I tried the more they fell apart until, in the end, each one seemed to find their own way to self-destruct."


This is a rather eerie, almost Gothic-type story.  Worth the read?  Yep. 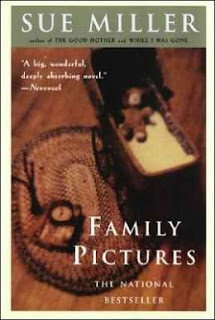 wanted to read.  I usually like Ms. Miller's books; this one was a little less interesting than her others that I have read.  It is the story of the Eberhardt family, beginning in 1948.  Lainey and David Eberhardt are married and have two wonderful children, Liddie and Mack.  However, the picture of the family isn't as perfect as it seems and when Lainey becomes pregnant with their third child, the family's world begins to change forever.

The third child, Randall, was autistic and the stress of life with him tore at the family in many ways, subtle and not so subtle.   After Randall was born, three more children arrived: Nina, Mary and Sarah. The last three children were referred to by their father as "the extras".

"Certainly even then we thought of the family as neatly divided down the middle.  The first three, Macklin, Lydia, and Randall, were the special ones.  Even those names, we thought, showed greater imagination, greater involvement on our parents' part, than ours did: Nina, Mary, Sarah.  Clearly by that time they had run out of gas."

Though it is a rather long book, that in my opinion, could have been shorter, it does a good job and examining how the addition of a special needs child can affect every member of a family.

" And out of the blue I understood that the family photograph held the answer.  That it was really a portrait of a kind of reckless courage, a testament to the great loving carelessness at the heart of every family's life, even ours.  That each child represented such risk, such blind daring on its parents' part-such possibility for anguish and pain-that each one's existence was a kind of miracle."