The Light Between the Oceans

The Light Between the Oceans was chosen for May by one of my book groups.  It is the debut novel by 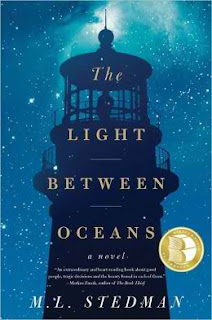 M.L.Stedman.  I already am looking forward to more by this writer!

"On the day of the miracle, Isabel was kneeling at the cliff's edge, tending the small, newly made driftwood cross."


And thus begins the story.  Isabel had married Tom Sherbourne, a veteran of WWI who was seeking a peaceful life.  He was the lighthouse keeper on an Australian island and they just wanted a simple life with themselves and children.  But after four years on the island, Isabel had never been able to carry a pregnancy to term and had begun to fall into deep despair.  Then, one day, on that day of the miracle, a small boat appeared on the shore of the island and in the boat was a deceased man with a crying infant.  Isabel considers the infant a gift from God and convinced Tom that no one would ever know that the baby was not their own. Against his better judgement, Tom agreed to keep the secret and so, they named the baby Lucy and  kept her to raise as their own.

Two years passed and, while on their yearly leave into town, they are confronted with the knowledge of Lucy's mother and decisions must be made.

This book lead to a very lively discussion among the book group.  There was not a character that was unlikeable...one has great empathy and sympathy for each character, and the decisions that must be made.  It was a bit of a tear-jerker, but would have been whichever way the story went.  I was pleased that it did not end predictably.  Good story, good writing! 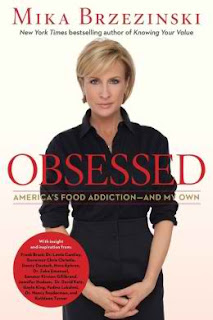 MSNBC Morning Joe show.  I know, I know...yet, another book written about food.  Yet there is something that seemed a little different about this one. Mika's contention is that as a nation of obese people, we need to "stop blaming ourselves and each other, and look at the real culprits-the food we eat and our addiction to it."  And, as she contends, we need to begin to get really honest about food addictions and how the nation has become one of obesity and food obsessions. In the book, Mika discloses her own food obsession/eating disorder of maintaining being "superthin"  Mika also shares how she confronted her very best friend with the elephant in the room---her friend's obesity.  Together they resolved that the friend, Diane would lose 75 pounds and Mika would gain 10 pounds over the course of writing the book.  She shares the insights that each had and how their food problems were quite similar.

Each chapter of the book offers insight/wisdom/observations from others around the country and how they have dealt with the struggles around food, including Jennifer Hudson, Chris Christie, Gayle King and many others.

The real point of the book is to open up discussion on how to find ways to solve food issues and become a healthy nation.  There are some very interesting points made in the book and it made me think a lot about all the issues.  Good book.

One of my book groups read The Gravedigger's Daughter by Joyce Carol Oates for our May meeting.  I 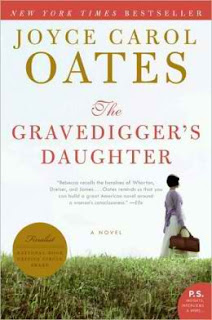 had read and reviewed the book in March 2008, so please refer back to that blog for the long version of my review.  Suffice to say, it is still a great book!  To read it five years later and be able to discuss it with others was a joy...and a lively discussion we did have!  I thought it was interesting that when I reviewed it five years ago, I ended with saying that I would probably go back and read this book again...sure glad that I did.  She is an amazing writer...I have read several of her books and have never been disappointed.  I still highly recommend it! It ended up being a Finalist for the 2008 National Book Critics Circle Award for Fiction.

Blue Asylum and The Sisters

As usual, trying to catch up on my book reviews...

Blue Asylum by Kathy Hepinstall is a Civil War era historical fiction novel, which is one of my most favorite 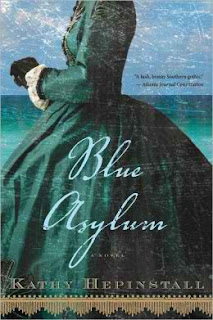 time periods to read about.  In this book, Iris Dunleavy was sentenced to Sanibel Asylum, convicted of madness.  Her plantation-slave-owning husband learned of her kindness and actions toward "his" slaves and wanted her "restored to a compliant Virginia plantation wife", thus her stay at the asylum, which is located on a remote island in Florida.  It was interesting to read of the various inmates at the asylum and their levels/degrees of "madness".  Iris met Ambrose Weller there who was sent there to deal with his experiences from the War.  Ambrose and Iris were attracted to each other and hoped to escape the island to be together.

The characters in this novel are very interesting.  It is much more than just a love story.  It is a story about the powerlessness of women in that time period and the intensity of war for those who fought in it.  And the cruelty and hopelessness of the people held in slavery.  A good read for the summer!

I just finished The Sisters by Nancy Jensen that I found at the library.  Turned out to be a fairly good find. 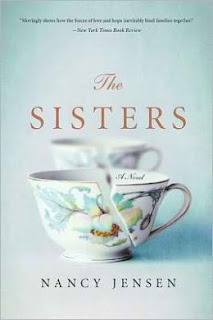 However, I did have trouble keeping all of the characters straight.  It is a novel about sisters, generations of sisters. It was a good story and premise, but I wish that the author had found a way to make it less confusing to read.  Thankfully, there was a family tree at the beginning of the book that I could go back and reference.  I think that there is a lot in this book to ponder as one thinks back on the different sister's relationships.  But I would have to read it again to get it all straight!

I did like how the book began in 1927 and ended in 2007.  It was an interesting way to tell the stories.  Lots of family secrets in the story, which, as in real life, always come out in the end.  I always enjoy reading how those secrets impact other's lives.